What are the 2018 Missouri Statewide Measures on the Ballot?

03 Oct What are the 2018 Missouri Statewide Measures on the Ballot?

Posted at 18:46h in Community by Tarun Rana 0 Comments
0 Likes 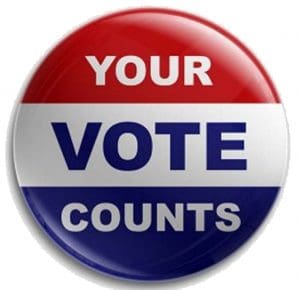 This November, there will be multiple statewide measures on the ballot for voters.  There is considerable information out there, most of which is either partisan or biased.  In this post, I strive to present just the facts with no opinion or bias (until the end, after all, I am a lawyer so it is tough for me not to interject my opinion but I promise to keep it non-partisan).  If you want to do some of your own research, Ballotpedia provides a summary of everything that will appear on your ballot based on your home address.  Since I am not covering specific candidates, the link may be a good resource for you if you are still undecided on politicians.  I saved the three marijuana items on the ballot for last since they are somewhat more involved.  Without further ado, we will start with:

Amendment 1: Lobbying, Campaign Finance and Redistricting Initiative – This addresses the issue of gerrymandering districts and would create a position in the government for a demographer that would draw the districts based on population.  It also limits campaign contributions and gifts from lobbyists and prevents state legislators or their employees from serving as paid lobbyists for a certain period of time.

For the Amendment: Clean Missouri, which is bi-partisan, wants state government to be open and accountable to the people.  Proponents say this would lead to politicians that are less beholden to corporate interests, would lead to better representation for the people and could possibly lead to more centrist candidates.  This amendment is supported by politicians on both sides of the aisle, 14 organizations, 3 unions and former election officials.

Against: Missourians First – I will be honest, I tried to find some sort of coherent argument as to why they are opposing it, but none made sense.  They claim it will create gerrymandering, which seems untrue.  I think the lack of support (only a few people in politics support this position) indicates the argument may be flimsy.

My thoughts: I would imagine if you are currently a politician with aspirations of becoming a lobbyist, you may not like this amendment too much as it restricts your earning capacity for a few years after office.  Also, gerrymandering is cheating.  Both sides do it when they are in power, but it does not change that it is wrong.  What is significant is that support for this amendment is bi-partisan.  There are democrats and republicans and multiple groups in favor.

Prop B: $12 Minimum Wage Initiative – If passed, this would slowly increase the minimum wage to $12 per hour yearly by 2023.

For: Raise Up Missouri – they argue people should be making a living wage so they are less dependent on taxpayer dollars.  If someone currently makes minimum wage, they earn $16,000 per year.  This could help 677,000 Missourians by 2023.

Against: Associated Industries of Missouri & Missouri Chamber of Commerce and Industry – business owners argue raising the minimum wage will hurt employees because less will be hired.

My thoughts: I am a business owner and get the argument that margins can be thin, therefore, a business has to save money on employee salaries to avoid increasing the cost of their services or goods.  However, most people can agree a person making $16,000 per year is going to have a tough time supporting him or herself without government assistance.  I feel someone who works a full time job should not have to rely on government assistance.

Jeff Bezos (owner of Amazon) recently said he is increasing the minimum wage for his employees to $15 per hour.  He received negative attention for having so many of his employees on government assistance so he caved to public pressure and is going to offer his employees a higher starting wage.  I see this as the new norm.

For: Several representatives sponsored this bill.  They cite the need to fix our crumbling infrastructure, especially since Missouri has not increased the gas tax since 1996.

Against: Two state senators oppose the bill.  One states it is because MO Highway Patrol gets their funding based on performance.  This bill takes it out of the hands of the legislators, which is who we elected for this purpose.  The second senator to oppose it had concerns because these funds do not get proportionately spent in the urban core.

My thoughts: I think this prop is doomed to fail because Missourians do not like gas taxes.  While I think one is necessary, and will ultimately pass in the future, I do not love this particular proposition because it tries to do too much.  In my opinion, a gas tax should be used to fix our roads, bridges and other infrastructure, not to fund Highway Patrol and tie up some of the funds for bottleneck projects.  Highway Patrol has its own funding separate from this potential proposition, so unless there is an allegation they are underfunded, I do not see why we should not address the more pressing need of fixing infrastructure.  The add-on over exempting Olympic prize money from state income tax impacts very few people, so it makes me wonder why this was included.

Amendment 4: Management and Advertisement of Bingo Games Amendment – this allows organizations to advertise their bingo games and eases restrictions on who can run the games.

For: Religious, charitable, fraternal, service, and veteran organizations who either run or want to run bingo games.

Against: Missouri voters who voted in 1990 and 2000.  This has already been beat twice in the past.

My thoughts: Unfortunately, I do not operate in the fast and loose world of bingo so I have no real insight into this amendment.  There were no “official” groups for or against, however, the two prior “no” votes are troubling.  I assume these organizations use bingo to raise funds to support their organization, but I cannot comment one way or the other.

Rather than do them individually, I will tackle these as a group since they are related.  What happens if more than one passes?  If it is just between the two Amendments, whichever has more votes will prevail.  If one or both amendments pass along with Prop C, the courts will have to figure it out.  All three legalize medicinal marijuana, but with different tax rates, oversight board and use for the revenue.

Amendment 2: a “yes” vote legalizes marijuana for medicinal purposes, taxes sales at 4% which would be used on healthcare services for veterans.  The Missouri Department of Health and Senior Services will oversee and regulate the medicinal marijuana.  This amendment permits an individual to grow up to six (6) plants in their home.  New Approach Missouri is for the amendment and states it is backed by patients, veterans and doctors.

Against Amendment 2: [from Find The Cures] – Amendment 2 permits home grow, meaning your neighbor can grow it in your neighborhood.  It is silent on limits so there is potential for a monopoly by one individual or company.  It permits “doc in the boxes” where doctors dispense recommendations all day.  Lastly, violent convicted felons would be permitted to grow, transport and sell marijuana in MO.

Amendment 3:  a “yes” vote legalizes marijuana for medicinal purposes and taxes sales at 15% which would be spent on a biomedical (cancer) research and drug development institute.  An individual would oversee and regulate the operations until a board is put into place.  Patients are vetted based on qualifying medical conditions.  The amendment defines medicinal marijuana as a prescription medication which requires a pharmacist consultant at the dispensary.  It limits growing or selling to entities owned 70% or more by Missouri residents and prohibits monopolies because no person or entity can own more than 1% of the licenses to cultivate.  If a local community does not want a dispensary, they can vote by a simple majority to keep it out.  Find the Cures is for the amendment and provides this additional information: a world class medical research center for cancer and disease will be created with the tax revenue which will generate billions of dollars for Missouri.  Also, 50% of money generated from the research institute will be given back to MO residents in the form of an annual income tax refund.  Lastly, it provides $2 million in funding for law enforcement.

Against Amendment 3: [from New Approach Missouri] This is funded by a coalition of one individual, attorney Brad Bradshaw.  He gets to make several key decisions with regard to the implementation of this Amendment, which many feel is too much power for just one person.  Also, a 15% tax on patients is hurting the people who this is meant to help.

Prop C:  a “yes” vote legalizes marijuana for medicinal purposes and taxes sales at 2% which would be used for veterans’ services, drug treatment, education and law enforcement.  The Division of Alcohol and Tobacco will oversee and regulate the medicinal marijuana.  Prop C requires local community approval (2/3 majority vote) prior to granting any licensing to individuals or businesses.  It also prohibits home growing of medicinal marijuana.  Missourians for Patient Care [could not find a link] is for Prop C and states it has the lowest tax rate among all three options and funds all treatment facilities in the state, regardless of drug addiction.  Prop C and its supporters stand ready to help deliver medical cannabis treatment options for patients in Missouri as an alternative to heavily-prescribed opioids.

Against Prop C: proponents of the opposing amendments think Prop C does not go far enough with the tax rate and revenue generated.  Each proponent of the competing Amendments believe their own version of the medicinal marijuana ballot measure is superior to Prop C.

In terms of local government control, Amendments 3 and Prop C allows local government to prohibit facilities and dispensaries by a simple majority vote (Amendment 3) or 2/3 majority (Prop C), which I think is important.  If the residents of a municipality do not want a dispensary in their jurisdiction, they should get a say as to whether or not a marijuana dispensary is “in their back yard”.

These three are tough.  I believe either none of them will pass or two or three will pass (not just one), which will likely delay implementation of any of them as the Amendment vs. Prop debate heads to the courts to decide which controls.  My advice is if you are against, vote no for all.  If you are for, try and pick one or maybe two, but do not pick all three.

Thank you for reading my mostly opinion free, non-partisan review of what is on the Missouri ballot.  If you are like me, I bet you cannot wait for the election to be over because these political ads are insufferable.